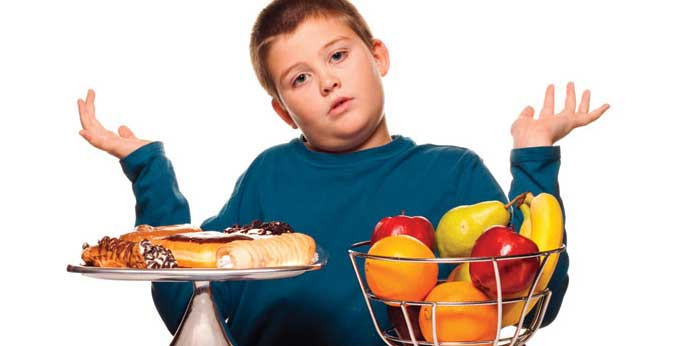 I have battled with my weight most of my life and thankfully as I have aged, I have learnt more about improving my health through food and exercise.

When I changed my profession about 20 years ago because I had a huge passion for health and fitness which became stronger after I lost my father. There was an increased need for me to help others and my own family to lead better and more prolonged lives.

Changing people’s lifestyles is difficult and all I want is to give people all the facts and education to allow them to make the right choices to lead a longer and disease free life.

So why are obesity levels rising and what can you do to ensure you look after the health your children and yourself. Let me share with you some of my findings in an effort to help you.

63% of Adults and a third of children are obese or overweight according to Public Health England. Obesity causes 30,000 deaths every year and increases the risk of health conditions such as high blood pressure and Type II diabetes. This currently costs the NHS £6bn per year and estimated to increase to £10bn by 2050.

Cancer Research UK projections calculate that in 25 years excess weight will cause more cancers than women who smoke. It is seriously important that we do more to raise awareness about the link between obesity and cancer and I am not to sure that currently we are not doing enough.

The ban on advertising “junk food” was introduced by the London Mayor Sadiq Khan this weekend on London’s Public Transport and it asks if this is enough considering the issues with health that this country is facing.

The Fast Food Market is worth £14bn in the UK. Organic food sales whilst seeing an increase YOY of 6% is currently only £2.2bn.

The data from Public Health England shows that deprived areas’ have five times more fast food outlets around them than affluent areas’. With 1 in 3 children by the age of 11 are now considered obese. Children exposed to junk food outlets to and from school are more likely to eat unhealthily. Adults living close to a larger number of fast food outlets are also twice as likely to be obese.

Statistics Of Our Obesity Levels

63% of the adult population in 2018 was categorized as overweight or obese. This relates to 67% of men and 60% of women classified as overweight. Morbid obesity however was deemed to be more prevalent in women at 29% against those of men at 26%. 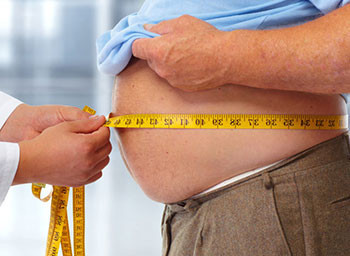 The obesity levels were put into regions with London being the lowest and the North East and West Midlands having the largest rates.

Age is also a huge factor with being overweight or obese and the older adult population appear to be more at risk. Men aged between 45 to 54 saw an obese level at 36% and for women levels aged 55 to 64 were shown to be at 37%.

20% of Year 6 Children were classified as obese in the UK. The obesity prevalence was higher in boys than it was in girls. For children living in the most deprived areas’ obesity was double that of the least deprived areas’. 26% of obese children came from families whose mothers were also overweight. It is also 58% more likely that you will be overweight if your family are.

You can find out more detail by visiting the https://digital.nhs.uk/data-and-information/publications/statistical/statistics-on-obesity-physical-activity-and-diet

A Kentucky Fried Chicken Breast will give you 390 Calories, 23grams of Fat, 870 milligrams of sodium. As hydrogenated oil is used in fried foods which are used over and over again the food cooked this way has no nutritional value whatsoever (not even protein) and the calories will generally go straight to your fat stores. 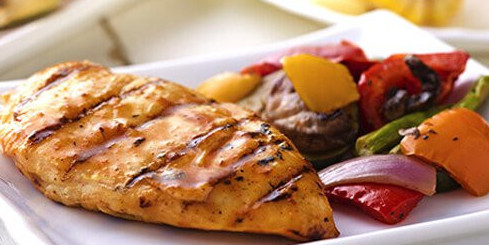 In 100 grams of Chicken Breast you get 140 calories of which 2 grams are fat, 74mg sodium and 63% of protein. Grill or roast with vegetables makes this dish extremely tasty and full of goodness.

Why is it that we would rather go for the Kentucky Fried Chicken option which is also the most expensive?

History Of The Fast Food Chain

Wimpy was the first fast food chain to exist in the UK and I know I remember eating in them when I was young. I especially remember the tomato shaped tomato sauce bottles on the tables. Burger, Chips, and a Cola drink was a special treat for me and my brother and usually followed an outing to the cinema.

Wimpy started in Chicago America in 1934 and twenty years later came to the UK being the biggest food chains in the 1970’s with over 500 restaurants. It was not until 1974 when McDonald’s first opened in the UK that things changed for Wimpy. 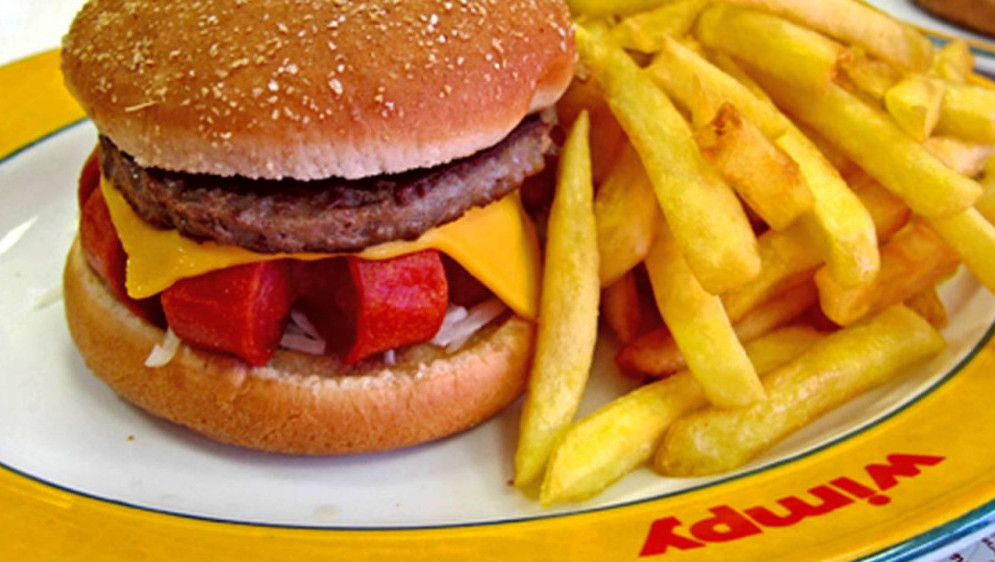 In the 1950’s the first of the Chinese Fast Food Chains started to come into the UK with the influx of immigrants coming from Hong Kong.

Indian restaurants started in the 1960’s especially in London and The South East which rose after rationing finished. Indian spices prior to this time were difficult to get hold of.

The 1960’s saw a boom in the British economy and with that people started to travel a little more and bring new and innovative eating styles back with them.

By the 1970’s alcohol was easier to get hold of so beer and wines such as Mateus Rose was used widely at dinner parties to accompany Spaghetti Bolognese, black forest gateau, tinned pineapple and cheese on a stick.

As the fast food chain increased in their presence so too did our waistlines and serious health risks. Heart disease remains the biggest killer in the UK this day which is linked in the main to poor health and stress.

Food Industry Must Share Responsibility For Our Obesity Levels

In my opinion the food industry is to blame for the high obesity levels that exist in the UK and the rest of the world.

According to the FDF (Food and Drink Federation) the industry turns over £105 billion accounting for more than 20% of the whole of UK manufacturing industry. More details available here https://www.fdf.org.uk/statsataglance.aspx

We also export about £23bn of food and drink to over 220 countries in the world. The top 3 countries being Ireland, USA, and France.

Added to this the industry employs the largest amount of people equating to 430,000 people across the nation.

According to figures produced by the FDF their members are selling less than 22.6 billion teaspoons of sugar than they did back in 2015. Thankfully, they are clearly trying to do something about the obesity levels that exist, but is it enough?

There are 8 Fast Food Millionaires who are making a fortune out of the world’s appetite and our addiction to food loaded with calories. These include well-known outlets such as McDonald’s, Starbucks, and Dunkin Donuts to name but a few. 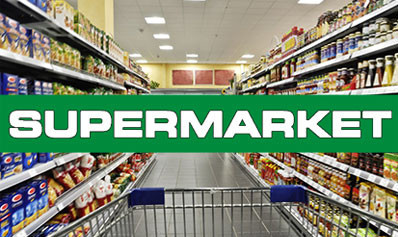 What about Supermarkets and the food displayed on our shop shelves. Only 25% of the food that is displayed in the mainstream supermarkets are healthy and fresh with the rest made up of highly processed and quite frankly simply add to the obesity levels that currently exist.

Organic food which is the safest and healthiest way to eat is so expensive and exceedingly difficult to purchase occupying small areas’ of supermarkets if you are lucky.

How do we change this obesity epidemic that exists when everywhere we turn are pictures of food that is bad for us?

What is the government doing to change this?

What Are The Government Doing?

Whilst I can appreciate that the obesity rate and how we change our eating habits is a very complexed one but we cannot continue at this rate.

On 14 January 2019 the Department of Health and Social Care Secretary Rt Hon Matt Hancock published an article based on his speech “Tackling obesity is a shared responsibility for society” https://www.gov.uk/government/speeches/tackling-obesity-is-a-shared-responsibility-for-society.

In his speech he talks about the concerns surrounding current obesity levels not just in the UK but in the Western World. He talked about the fact that globally obesity is now a bigger problem to tackle than starvation.

His obesity strategy sets out a few areas’ that the government will be working towards. The biggest area is to cut childhood obesity to halve by 2030.

Calorie labeling on all food

Restriction in the promotion of “junk food”

Doubling the NHS Diabetes Prevention Programme over the next 5 years 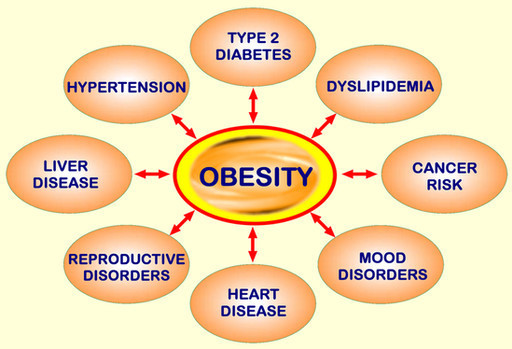 Hospitals increasing support to those hospitalized by obesity

He then went on to talk about society and the role expected of them to help the obesity levels that exist in our communities.

Large and small companies were urged to reformulate food to make them healthier and welcomed new science that is coming to the forefront.

He also thanked those people responsible for educating the population to stay healthy and bringing about the changes to government policy. Jamie Oliver and Hugh Fearnley-Whittingstall have done a huge piece about sugar and the manufacturers and continue to raise the bar with healthier eating habits.

He linked trying to create better lifestyles to incorporate both diet and exercise into our daily lives.

He spoke about those people more vulnerable mentioning alcohol. To many, alcohol is a natural release from the day or used for celebration. However, for about 5% of people who are responsible for a third of the consumed alcohol who suffer the serious effects and often end up hospitalized or worse. He mentioned the need for a different approach to how you tackle the changes in their life together with the 60-year-old man who has long termed habits.

He went on to talk about the effects of not creating a nanny state and that we all need to take responsibility for our own health.

The speech was really in depth and I truly hope that the measures they are talking about really do come to fruition. 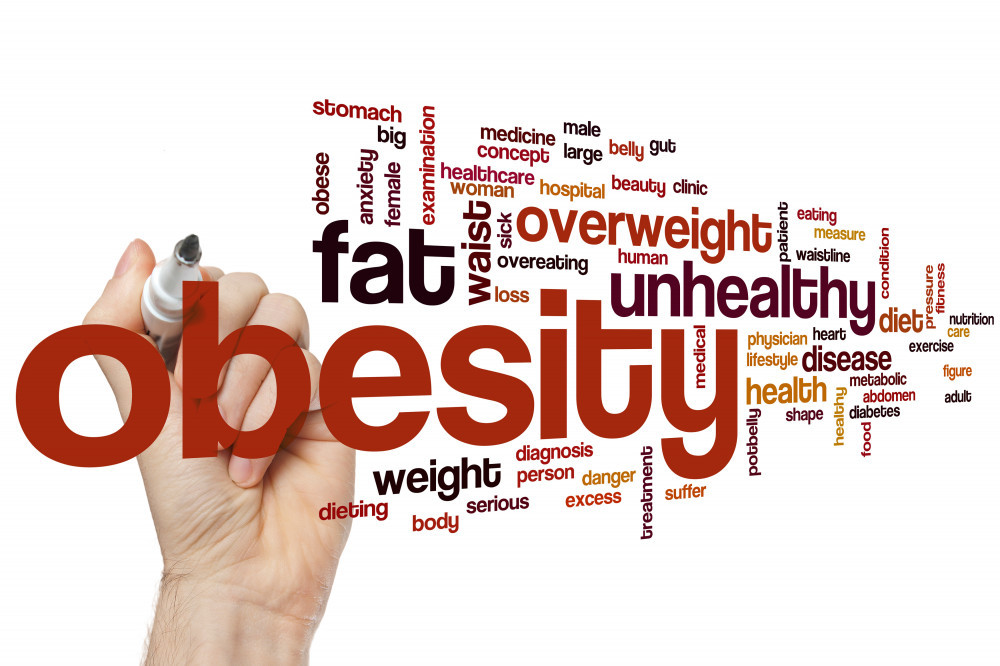 Obesity is a serious issue and each one of us has a responsibility to look after ourselves and our families.

Shockingly the devastation left with Covid-19 shows that those people suffering with obesity are at an increased risk of getting this horrendous disease.

As a country gets richer the poorer suffer with increased obesity levels and have been the ones at the forefront of this pandemic.

I want to do what I can to help others change their lifestyle and make the right choices to save their lives.

Leave your comments and any questions below so that I can help.