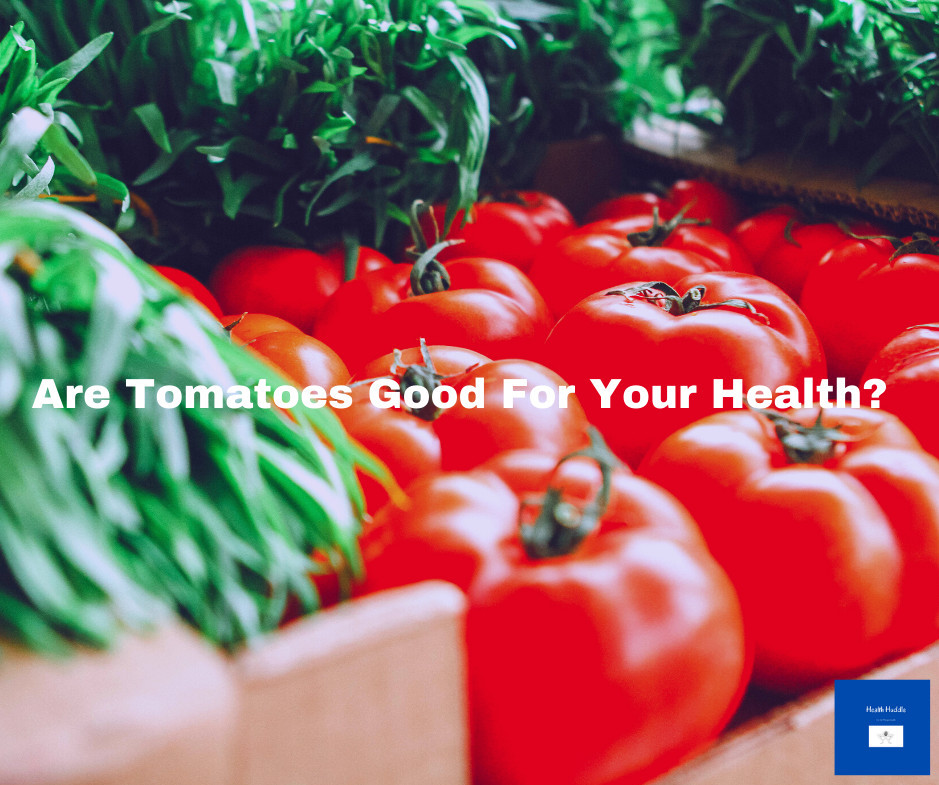 I am such a believer in the saying “You Are What You Eat”. My father unfortunately died from Cardiovascular Disease and my mother too is also suffering with Heart problems, so I know all too well that diet is a crucial factor when it comes to promoting good health.

We can benefit so much from eating well with food full of nutrients and fresh produce that contains ingredients which promote good health and protects us from disease.

Likewise, there are also certain foods out there that are harmful to our bodies and can cause these ill health issues such as refined sugars.

The healthiest foods are those that combine the maximum content of beneficial ingredients and the least amount of harmful toxins. Foods that are particularly good for us come in the form of fruit and vegetables.

I often get asked “Are Tomatoes Good For Your Health” so I hope with this article you will find how incredible this fruit actually is.

Tomatoes are one of my favourite foods due to the high number of Vitamins and Antioxidants within them, plus I love their taste.

They are thought to combat Free Radicals that cause cell damage which is the precursor of conditions such as Heart Disease and Cancer.

Tomatoes are also so versatile and mix with many foods. You can eat them raw on their own or in salads. You can cook them for breakfast or use as a base for stir-fry’s and other accompaniments.

Water content in tomatoes is about 95% and the other 5% is made up of Carbohydrates and Fibre.

Other Minerals found in Tomatoes 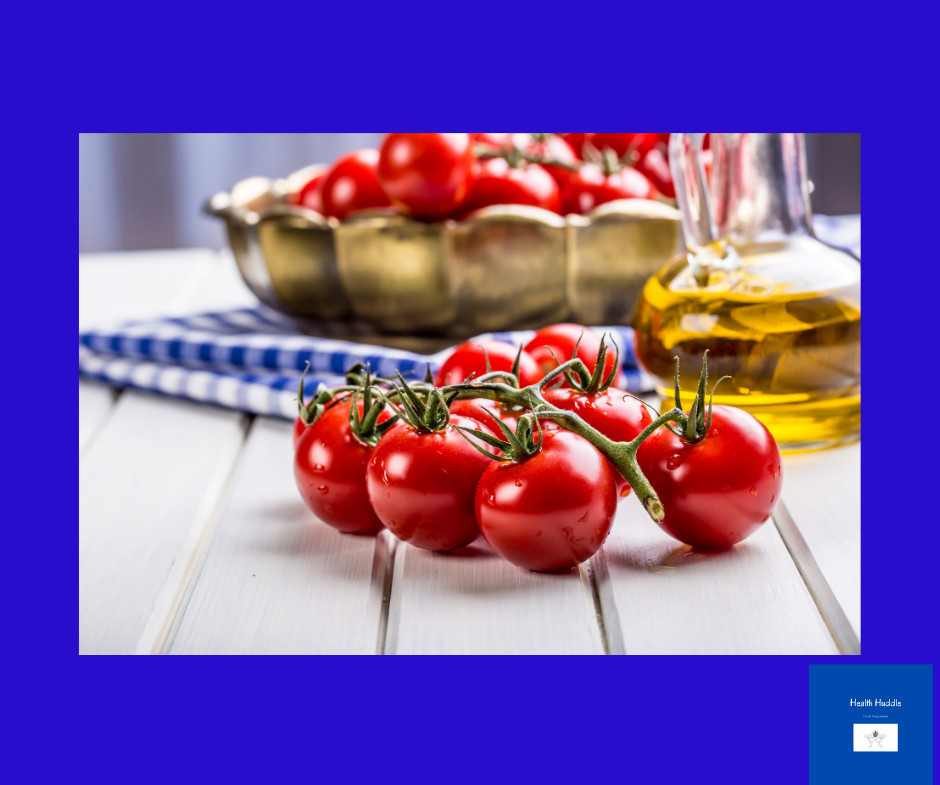 Chlorophlls, Carotenoids and Lycopene are responsible for the rich colour in tomatoes.

Some research has shown that there are so many minerals and vitamins in tomatoes in the region of 1000 a lot of which are unnamed yet.

Lycopene is the most abundant carotenoid in ripened tomatoes. This is a pigment that makes most ripe tomatoes red and may be particularly active in protecting the body against heart disease and some forms of cancer.

There are so many benefits to eating tomatoes, so I am going to tell you about a few of them. 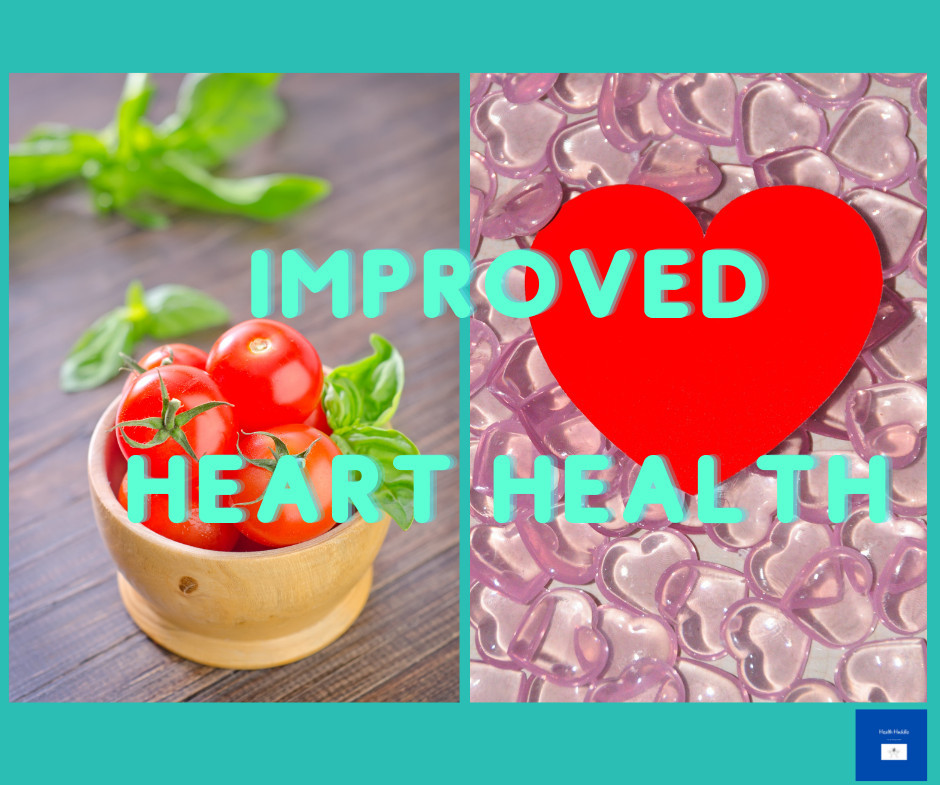 Potassium is high in tomatoes and in 100g would provide you with 6% of your recommended dietary allowance.

Lycopene has so many properties and is only associated with a lower risk of cardiovascular disease.

Studies have shown that high amounts of carotenes like in Lycopene can reduce the risk of certain cancers.

Small research has seen links between tomatoes and tomatoe products have experienced fewer incidences of Prostate, Lung and Stomach Cancers.

Research has also seen a link between women consuming more carotenoids are less likely to experience breast cancer. Studies continue with this.

Tomatoes contain chemical compounds known as phytochemicals in the form of carotenoids such as Lycopene, Lutein, and beta-carotene.

These compounds are important to maintain eye health and known to protect against age related degeneration and other eye diseases.

The carotenoids found in certain plants such as tomatoes may help against UV damage.

A 2006 study that in a group of people who increased their carotene intake over a 10 – 12-week period appeared to have a decreased sensitivity to their skin.

Vitamin K which is also found in tomatoes is also known to help with blood clotting and wound healing.

Vitamin K is also known to benefit us in bone and cardiovascular health too.

The NHS recommends 1mcg of Vitamin K per kg of body weight daily. This can easily be absorbed through a balanced and varied diet.

A food allergy can be fatal whereas an intolerance cannot.

Tomatoes were first brought to the Europe from Mexico by Cortez and were first cultivated for food in Naples.

The British regarded them as poisonous until the 1700’s mainly due to a number of chemicals found in tomatoes which people can have allergies too. 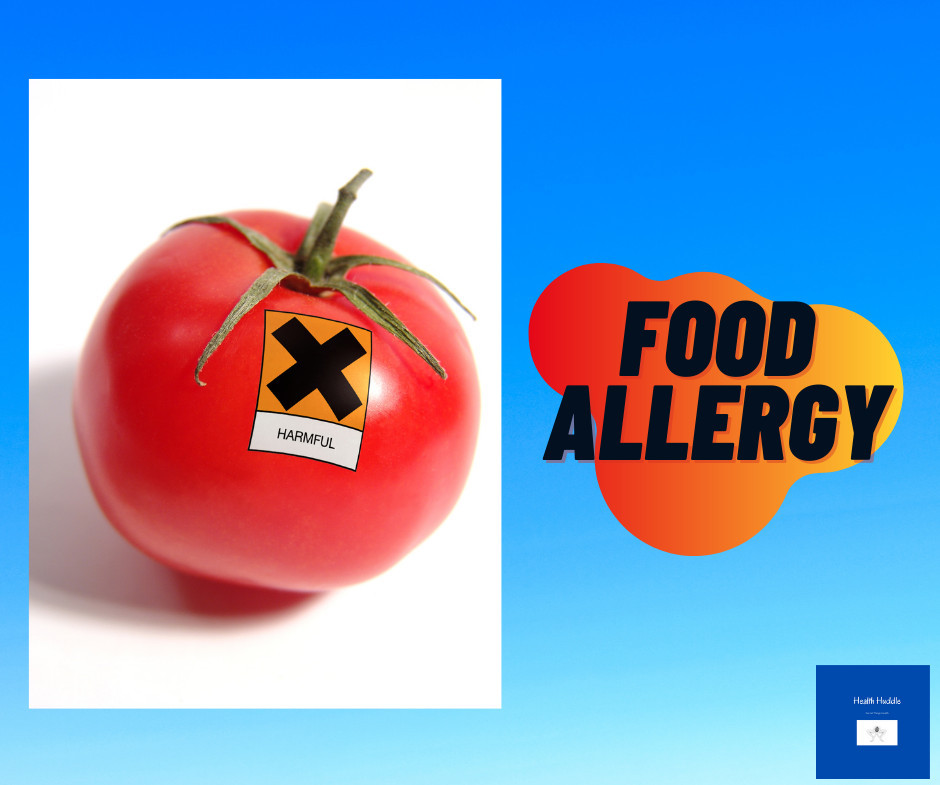 Tomatoes are from the night shade family and consist of a powerful form of Solanine known as Tomantine.

Solanine can cause over stimulation to the nerve endings which can cause muscle weakness, muscle twitching, hypertension, intestinal contractions, increased secretions of tear, sweat, saliva and gastric glands.

Tomatoes also have a high degree of the chemical known as salicylate which is related to aspirin and is a derivative of salicylate acid.

Some people cannot tolerate any amount of salicylate in their bodies. Less severe symptoms can include painful cramps and stomach contractions. However, Anaphylactic shock can be suffered by those people who have a severe allergy against tomatoes and can be fatal.

Organic food with less use of pesticides and insect repellents can also enable your body to deal with any mild intolerances.

Many large farmers use chemicals to turn the tomatoes ripe which many people are also intolerant too. Buying local and organic can truly negate us against these intolerances.

For the majority of people tomatoes have been found to be so good for our health in many ways. There will still be a few people that may find themselves faced with intolerances or allergies with certain chemicals found in tomatoes and other nightshades.

In recent medical research it has concluded that free radicals may play a part in many major diseases, including heart disease, cancer, arthritis and even the aging process itself. These genes damaging molecules arise naturally but are also increased by pollutants and smoking.

There is strong evidence to suggest that the risk of damaging major diseases may be reduced by increased consumption of fruit and vegetables. It is believed that the antioxidant properties are able to neutralize the harmful free radicals.

Anti-oxidants include Vitamins A, C & E, flavonoids and the natural plant pigments known as carotenoids. In the body some carotenoids are converted to Vitamin A which may offer cancer protection.

Tomatoes my favourite and one you need in your shopping basket daily.

Help yourself to a healthier life!

If you need any further help or advice, then please do not hesitate to leave a comment below.